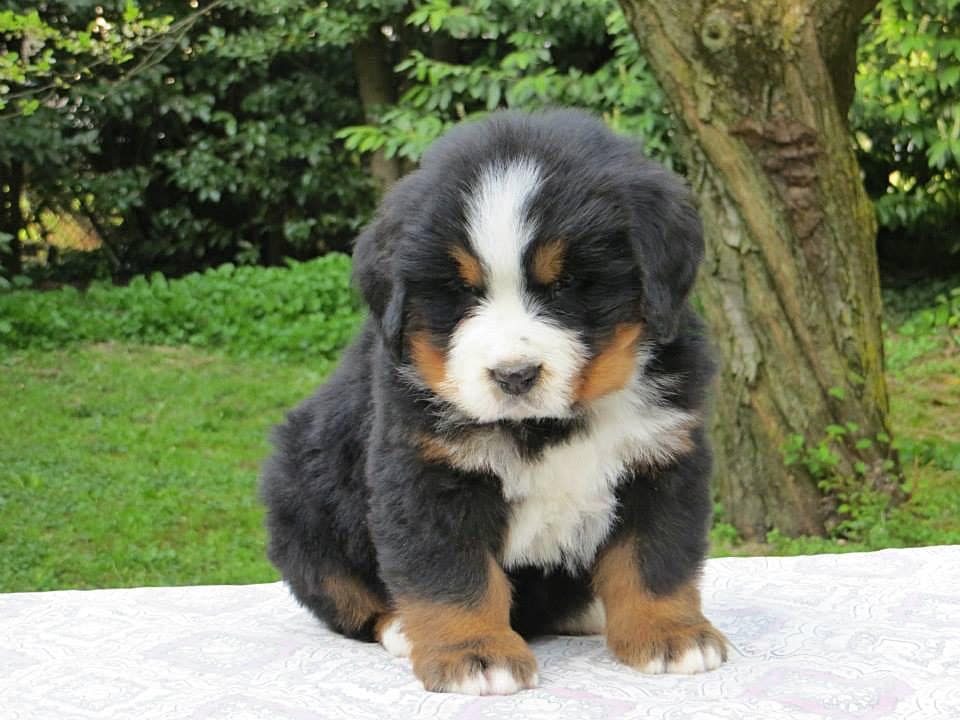 When your new puppy arrives home the most frequent desire is to hold him in your arms: let’s be patient and leave your puppy quiet so he can explore and learn about his new environment.

However, if we really want to do this, let’s never lift it by the front limbs: the ligaments of the shoulder and knee could be subjected to strong stress.

So let’s use both hands and grab him at the sides of the chest, or put one hand between the hind limbs and the other under the chest (which is obviously never done while the dog is dirtying).

The puppy will need to be left quiet, without everyone rushing to pamper him: we do things gradually and without any problems will settle easily. We don’t give him too many stimuli right away, but we’re a bit with him, gently stroking him.

The puppy already knows the kennel with which he travelled: let’s make sure that he finds it in a secluded corner of the house and invite him to enter helped by a prize.

So let’s leave him quiet so that he understands that that can be his lair, a sheltered place where he can go when he wants to be alone.

If he refuses the carrier, let him lie down on what will be his mat and let us sit next to him to reassure him.

For the first meal of the puppy, let’s prepare the food that the breeder has given us in the quantity that he has established. It may happen that the new situation pushes him not to want to eat: do not worry and after a few minutes we remove the bowl.

The first night is always the hardest to face: it will be the first time he spends alone without his mother and brothers. Let’s not leave him alone or even locked up in the classic bathroom so that he doesn’t get dirty at home.

He will not be able to understand why he is abandoned and excluded from his new pack: if he resigns himself he will be a shy, insecure and uninitiated dog tomorrow, if instead he screams desperately all night he will feel rejected and therefore not very motivated to do what we ask him to do.

The best place to have him sleep the first few nights is in the bedroom. If tomorrow he has to sleep in the garden or in a room alone, let’s not get him used to getting on the bed even the first night: let’s put a cot or his mat next to us caressing him tenderly every time he wants to get up and soon he will fall asleep too.

If he just can’t sleep, we will spend the night in white trying to understand his difficult psychological situation. Most likely, the next night he will spend it, nodding peacefully close to us.

If the day before he didn’t eat, the next morning, having overcome the sadness of abandonment, he will surely return to his appetite.

INSTAGRAM
How and when use the kennel with your bernese